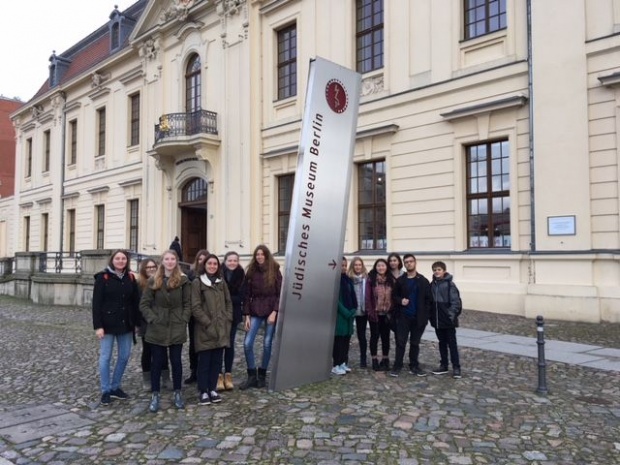 On Monday 13 November, our history class (bilingual history Q1) visited the Jewish Museum together with Ms Eichler. Our tour guide took us to an exhibition about Jewish life in medieval times.

We learned a lot about Jewish influence on trade, for example that they brought many spices and goods to Western Europe. We also talked about how the kings exploited Jews by instructing them to collect taxes in their name and making people think that the Jews were responsible for tax increases. It’s a common prejudice that Jews are very clever when financial matters are concerned, but actually they were forced into business branches that were connected with money because Christians weren’t allowed to execute these kinds of jobs.

Furthermore, we learned that the first schools were founded by Jewish people, creating the opportunity for an education.